Tiger Show at Bandhavgarh National Park: The Forest authority of Bandhavgarh National park organizes a Tiger Show for tourists through tokens on strictly on first-come-first-serve basis. The vehicles take it in turns to drive to the location where one is taken by elephant safari to view the tiger. The elephants can approach the tigers at very close proximity, often as close as 3-4 meters without seemingly causing any distress to either animal.

Elephants for Professionals and Filming

Note: Maximum Number of tourist only three people is allowed on Elephant.
Note: Elephant Filming Timing 8 AM to 10 PM
Rs. 5000.00 of security money will be refunded to per person wise after providing DVD of complete photographs to the Forest Department within one month. 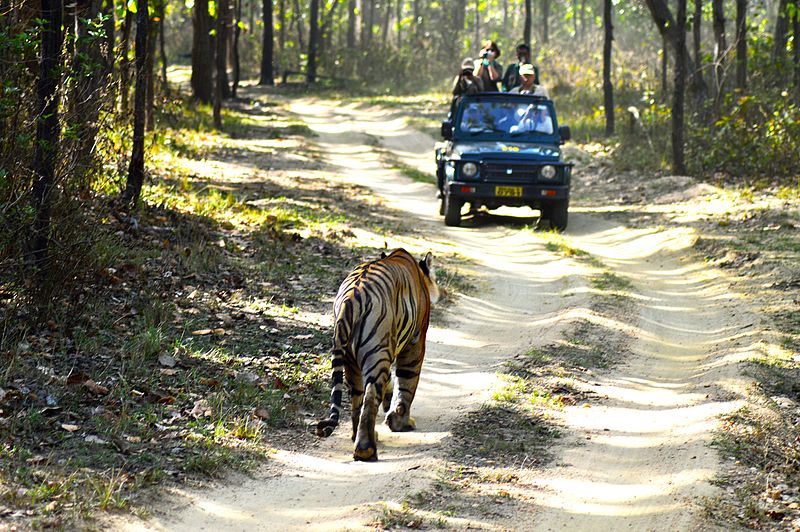